I have knackered my shoulder. I did it at pole last Wednesday, dropping too much into a move when I should have had my hand further up the pole. Rather than doing the sensible thing and resting it, I then proceeded to attempt to pull 100kg deadlifts again on Friday. Unsurprisingly, I couldn’t get it off the floor, and felt my shoulder TWANG as I tried.

It’s not the first time I’ve made the mistake of pushing myself too hard. I regularly aggravate my ulnar nerves, I have stress fractures in both feet that I didn’t rest properly (at the time of injury) that regularly flare up after long runs. I have a perpetually tight left side and generally just add injury on top of injury as the years go by. Stubbornness is my middle name, clearly. However, it’s given me a pretty good idea of common warning signs that the body gives us to tell us it’s time to back the hell off. Starting with the obvious:

Hello, is that Captain Obvious? Yes, pain is the number one indicator that we’ve done too much. I’m not talking about muscle stiffness from DOMS that come on later and disappears after a couple of days (I recommend hot baths and magnesium, personally), but more intense sensations like sharp stabbing or burning pains, or immediate pain following a workout. DOMS are also usually present on both sides of the body (assuming you’re training equally) whereas an injury pain is likely to be in one specific area.

If you experience non-DOMS pain, especially if it worsens during a workout or is accompanied by swelling (or bleeding?!) this is a good indicator that it’s time to stop. Don’t immediately reach for the painkillers either, unless recommended by a doctor or qualified sports coach, as NSAIDs can inhibit healing1 when misused. This visual guide from a study on drug misuse and recommended use of NSAIDs2 can give us an indication as to whether or not ibuprofen and similar drugs are necessary: 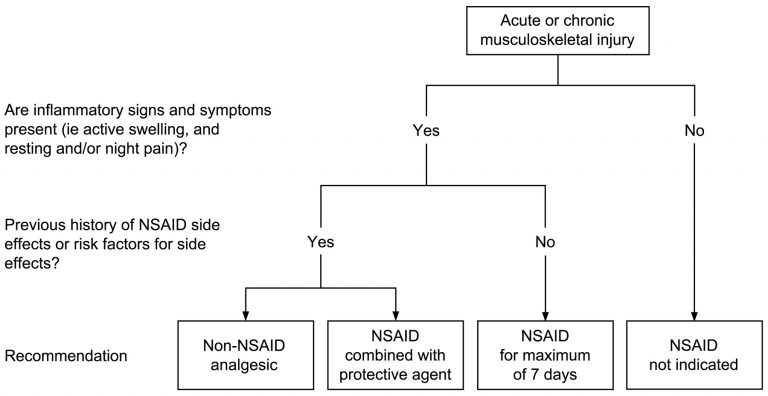 Give yourself a few days off and then try something light. Don’t be afraid to extend your rest period if necessary. If in doubt, or the pain is severe or lingers beyond a few days: see a doctor!

Sleep is crucial to rest and repair muscles that suffer micro damage during intense or prolonged exercise; this isn’t news! However, over training can cause an excess of stress hormones like cortisol and types of adrenaline, making it difficult for our bodies to switch off to get that all-important sleep. While true Overtraining Syndrome is rare, and requires a long recovery time, the signs of our excessive work can appear well before that state (sometimes referred to as over-reaching).

Sleep can also be affected by diet. Not consuming enough protein could cause more waking episodes at night and a low carb diet can increase the amount of time it takes to fall asleep3

Make sure you’re getting a good 7-8 hours of sleep a night. You can improve your sleep quality and duration by not over-training, avoiding screens and phones before bed, and by eating a balanced diet comprising of a range of macro and micro-nutrients.

Suddenly getting a lot more colds than you’re used to? Although regular exercise is an immune system booster, the cortisol released during regular intense exercise depresses the immune system, temporarily lowering immunity. Over time, if you don’t rest enough, the cumulative effects of this over exercise (especially if combined with life stressors: work, family obligations, etc) can cause viral illnesses to take hold. Dr. Mark Jenkins tells us on his website, SportsMed Web4:

On the other hand, too much exercise can lead to a dramatically increased risk of URIs. The stress of strenuous exercise transiently suppresses immune function. [..] For example, it has been observed that two-thirds of participants developed URIs shortly after completing an ultramarathon. Similarly, cumulative overtraining weakens the athlete’s immune system, leading to frequent illness and injury.

This can be avoided by taking regular rest days, particularly after more intense exercise.

Exercise is widely reported to be beneficial to mood, often touted as a natural antidepressant. While my own experience anecdotally supports this, as with most things in life too much of a good thing isn’t always actually good for you!

One study on mood study responses during overtraining in college swimmers found that overtraining was associated with mood disturbance5 and that tapering (reducing exercise intensity over time) improved mood. Bad news for the ladies: women reported higher trait anxiety than men.

If you’re feeling keyed up or grumpier than usual, take some time off to relax. It’s good for your mind and your body.

All of this comes down to one core message: listen to your body. Don’t ignore symptoms and signs that you’ve pushed too hard, even if (perhaps especially if) you’re training for a big event or competition. Rest isn’t a sign of weakness, it’s integral to your long term well-being. Better to take a few days off now and miss a workout or two, than be forced to take off a prolonged period of time because of old fashioned stubbornness. Now, just to take my own advice…