Whether we like it or not, we all of us have an “identity”. It’s made up of things like gender, sexuality and social class, and is influenced by family, our peers, the media we consume and so on. We can portray our identity in different ways with the clothes we wear, the tattoos we choose to — or not to — have, piercings, etc. And, if you’ve ever been overweight, chances are your identity has been sculpted by being fat.

Those among us who have carried (or are carrying) extra weight often have a reason: learned behaviours from fat parents, food as a crutch or problem-solver (emotional eating); some of us might have even chosen deliberate weight gain to hide, to be “safe”. Some of us may know nothing else but how to be fat.

I have never known anything other than fatness. Even as a child, I had “a belly”. By the time puberty hit, I was round in all the wrong places. Not morbidly obese, but easily one of the largest in my classes. I made questionable choices as I grew because of my fatness:

In addition to this, my weight affected how I dressed and presented myself professionally early in my career: it killed my confidence and ability to project myself as a competent employee and covering up my fatness became a bigger priority than my comfort in the workplace. My fatness was caught up in all sorts of issues that go above and beyond the scope of a blog post on identity, but it was a huge part of me and my life, and it wasn’t until a major life change (end of a 12 year relationship) that I was able to start deconstructing who I was and what it meant to be me.

I decided to play on my strengths, and forced myself to adopt the mantra “fake it til you make it”. I carefully and deliberately crafted a new identity that I was happy with: confident, high self-esteem, full of self love. I was the same person, but I took control of my body and how I presented it to people and forced myself to embrace my curves, clothed and unclothed… 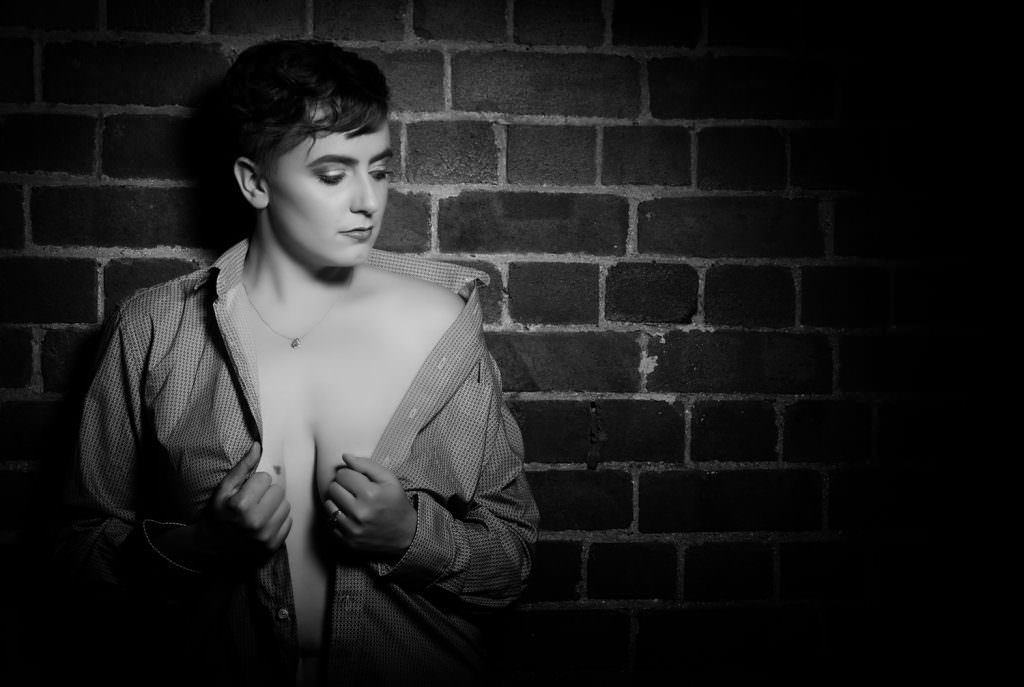 And then I lost weight. So… get thin, become confident, smash it personally and professionally?

Of course, life is never that simple.

If the identity that you’ve created for yourself is closely linked to your weight, even if you’ve managed to turn that identity from a negative to a positive one, and suddenly that weight isn’t there any more… what then? What do you do when (as in my case) the identity you’ve constructed is based on a person with large voluptuous breasts, curvy hips and a generous bum? I lay in bed next to my marvellous, supportive and incredibly patient husband this week and cried about how my right boob was lying on the bed like a flat pancake. I cried for the loss of my beautiful boobs. Where’s the confidence, self-esteem and self love in that?

I know I’m not the only one to have issues with how they perceive themselves after weight loss. For starters, there’s an actual “thing” called phantom fat, where previously fat people see themselves as the same size they’ve always been. NBC reported that in a study of 165 women, formerly overweight women and currently overweight women were more preoccupied with weight and had greater “dysfunctional appearance investment” and are “more invested or preoccupied with appearance than someone who was never overweight”. Even if you’re not carrying around 100 pounds of imaginary fat, it can be hard not to become obsessed with maintaining your loss, consistently choosing to prioritise exercise and dieting over living life to the max.

So where do we go from here? Do we construct and reconstruct our public identity every time we lose or gain weight, or should we consciously try and build/present ourselves on something other than a number on the scale? I feel like that’s the obvious and sensible idea, but it might be easier said than done. Hey ho. I will continue to moan about my tiny titties to anyone who’ll listen, and the identity bit? Hopefully that’ll come in time.

3 comments on "My Big Fat Identity"

Posted on September 30th 2018 by Jem Turner in Other with 3 comments so far.