I run in barefoot shoes. Vivobarefoot, to be precise. Now, to describe a shoe as “barefoot” seems somewhat of an oxymoron, but barefoot shoes — shoes with a flexible, minimal sole with generally a zero drop between the heel and toe — are designed to give you that barefoot feeling but with added protection for your tootsies.

Our feet have 26 bones, hundreds of muscles and ligaments, and over 200,000 nerve endings. All of these work together to interpret important sensory feedback about the terrain we’re walking on (amongst other things): whether it’s smooth or pebbly, the camber of the ground, whether we’re going uphill or downhill, etc. This process is called proprioception: the sense through which we perceive the position and movement of our body. This information helps our body figure out how to walk appropriately. Or that’s the theory. The problem is, we generally wrap our feet up in so many layers of socks and insole and outer sole that this information flow is interrupted.

I first read about barefoot / minimalist shoes over 10 years ago. Proponents of the barefoot movement wax lyrical about its advantages to foot, ankle and leg strength, resistance to injuries etc and I was intrigued. In 2011, I finally took the plunge and bought a pair of barefoot slip on shoes. These ones:

A pair of delightfully(!) pink Vivobarefoot Venus slip on flats. They’re not made any more, which is a shame because despite the hideous colour they were very comfortable. I would alternate wearing these with traditional trainers or casual shoes. I didn’t know it at the time, but by alternating between the barefoot shoes and my normal shoes I was actually training my feet to get used to the change in posture and muscle use caused by switching to a minimalist shoe. That gradual cross-over is crucial for anyone who’s spent their entire life walking in a cushioned sole or heavy heels.

It was over a year before I invested in a pair of barefoot running shoes (although I wasn’t running at the time) and later still before I invested in barefoot boots for winter. Finally, in late 2013 when I actually started running again, I was wearing a barefoot shoe at least 80% of the time. It was therefore only logical by that point that I should run “barefoot”.

Skip forwards a few years to the present day and I’m now just under 2 weeks out from my marathon in Edinburgh, with 5-6 months of intensive training under my belt, as well as nearly 5 years of on/off running before that: all done in a barefoot shoe. (Well, two pairs: I have both a road and trail shoe, both minus insoles to get me as close to the ground as possible.)

I don’t know if my feet are magically stronger than they were 10 years ago because I walk and train barefoot, but I do know that I’m one of the only runners I know that’s not had an injury in years. I don’t even get blisters, generally.

I know that because of my shoes, I now naturally favour a mid to forefoot strike (I can tell this from the wear pattern on the bottom of my soles) which research suggests improves the storage and release of energy in the elastic structures of the lower leg1 giving me a better ‘spring’ motion, allowing me to reach higher run speeds. Other research indicates that runners using a forefoot strike in a minimalist shoe were more efficient2 again lending to higher speeds during runs… 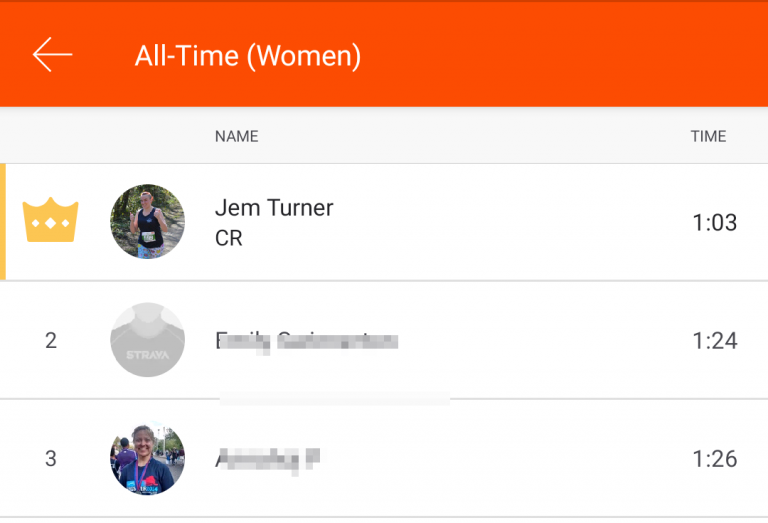 Bretta Riches’ article on forefoot running Is Forefoot Running Faster? translates some of this science into something digestible!

Obviously I have no preconceived ideas about being the next Mo Farah: being a bit faster might help me nail a few Strava segments but it don’t mean much in the grand scheme of things. However, there’s a little bit of research behind forefoot striking as being protective compared to a rear foot strike which has higher incidence of repetitive stress injury3 and having potentially fractured metatarsals in both feet in the early days of me running, any potential protective effect is welcomed with open arms.

Of course, some of these studies are really small, and I might just have been lucky so far. And wearing barefoot shoes is not without its disadvantages: despite them being wider than a lot of other popular shoe manufacturers and never having had to break a pair of Dr. Martens in because my feet are so tough, I struggle to wear my Docs these days because they feel restrictive and heavy. Don’t even get me started on heels: that’s never going to happen.

As well as ‘breaking’ me when it comes to mainstream shoes, living the barefoot lifestyle full time can be annoyingly difficult. Although barefoot running is a relatively well stocked niche when it comes to availability of size and style of shoe, finding attractive minimalist shoes for day to day is a massive pain in the bum. I have a couple of daytime/workwear styles from Vivobarefoot (in fact, I own most of their range!) but there’s nothing that quite goes with most of my casual dresses, and you’ve got no chance of pairing anything with a sexy slinky dress. You might think ballet flats would fill the gap here, but most ballet flats are too narrow, and very few have support over the top of the arch / ankle which causes undue strain (especially on my metatarsals).