Content warnings: this entry contains a photo of me in my underwear. May not be suitable for work. Also contains talk of both weight loss and gain.

Back in December I mentioned that I was bulking, or deliberately gaining weight to build muscle. This was supposed to coincide with some heavy work to get my three big lifts up in anticipation of my first powerlifting meet in July. Unfortunately, life conspired against me and repeated colds meant I didn’t make it to the gym as often as I’d have liked over the Christmas period.

I didn’t let this stop me enjoying my bulk, with me hitting peak-bulk about 10kg over the weight I’d started at. This seams to be levelling off and slowly dropping despite me still eating loads, which is likely just the return to my routine activity.

Despite my unplanned break from the gym, I have managed to hit new one rep max (albeit tiny) PBs for all three of my lifts. These are currently sitting at:

Although I’ve made strength gains and hopefully have chance for more before my bulk is over, I’ve found the process more emotionally demanding than I thought I would. I talked in December about how I was worried I might break myself mentally and reverse the previous work I’d put in to maintain a more healthy attitude to food. Although there’s no evidence of that so far, I have had moments where I’ve been feeling shit and I’ve looked in the mirror and started picking at myself, which is not something I would normally do. I have a respectable level of self-confidence and have had since before I lost weight, so this self-deprecation was unexpected. With that said, the pick-pick-picking at my flaws coincided with pre-Christmas drinkies, so I’d be willing to bet that alcohol-induced anxiety was more to do with that than actual weight gain; I’ve since cut out alcohol again.

Physically I can see changes to my stomach and hips, and I’ve lost some definition around the obliques and my lower back. The biggest change has been my boobs, which have ballooned. Unfortunately they’ll be the first to disappear when I start cutting back down to my weight class at the end of January! Sad times. 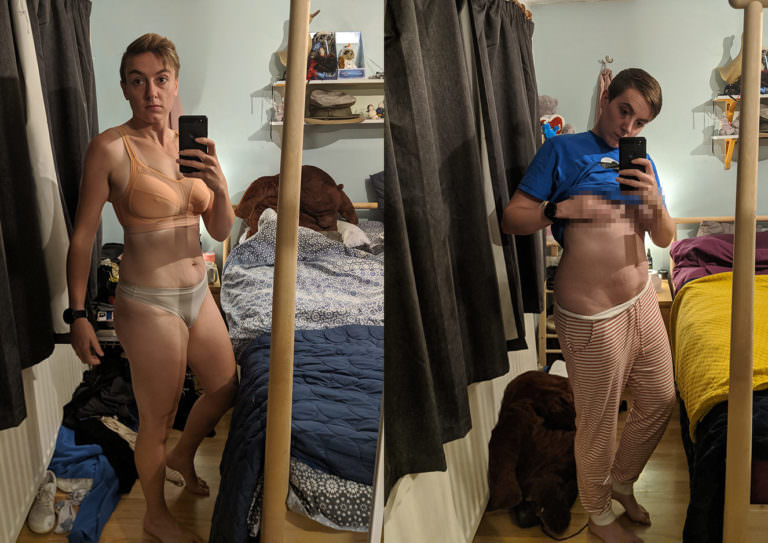 One thing I would change if I were to repeat the bulking process (and is something I’m working on in what little time I have left) is to follow a more specific plan. With this one happening over the Christmas period I basically went wild, and just ate ALL THE THINGS. I’ve eaten way more fat than necessary over the past 4-6 weeks. I think if I’d focussed more on increasing carbs & protein specifically, I’d maybe have seen more gains even with illness beating me up over December.

I also haven’t trained any differently during the bulk, except of course to push for higher one rep max lifts. I don’t know if I should have attempted more volume while I’ve been eating more, or whether that would have been counter-productive. I should have done more research on this prior to jumping head first into eating my weight in food every day.

I am hoping I can squeeze one more round of PBs out of myself before the end of January while I’m being careful with intake, and then it’s a case of slow slow weight drop without losing the work I’ve put in. It’s been an interesting process and a learning experience, and unless something goes drastically wrong during the weight loss side I would probably attempt a bulk/cut cycle again.

Lead photo by ANDI WHISKEY – it’s not me. Obviously.

3 comments on "My bulking experience"

Posted on January 15th 2020 by Jem Turner in Nutrition, Weight Lifting with 3 comments so far.